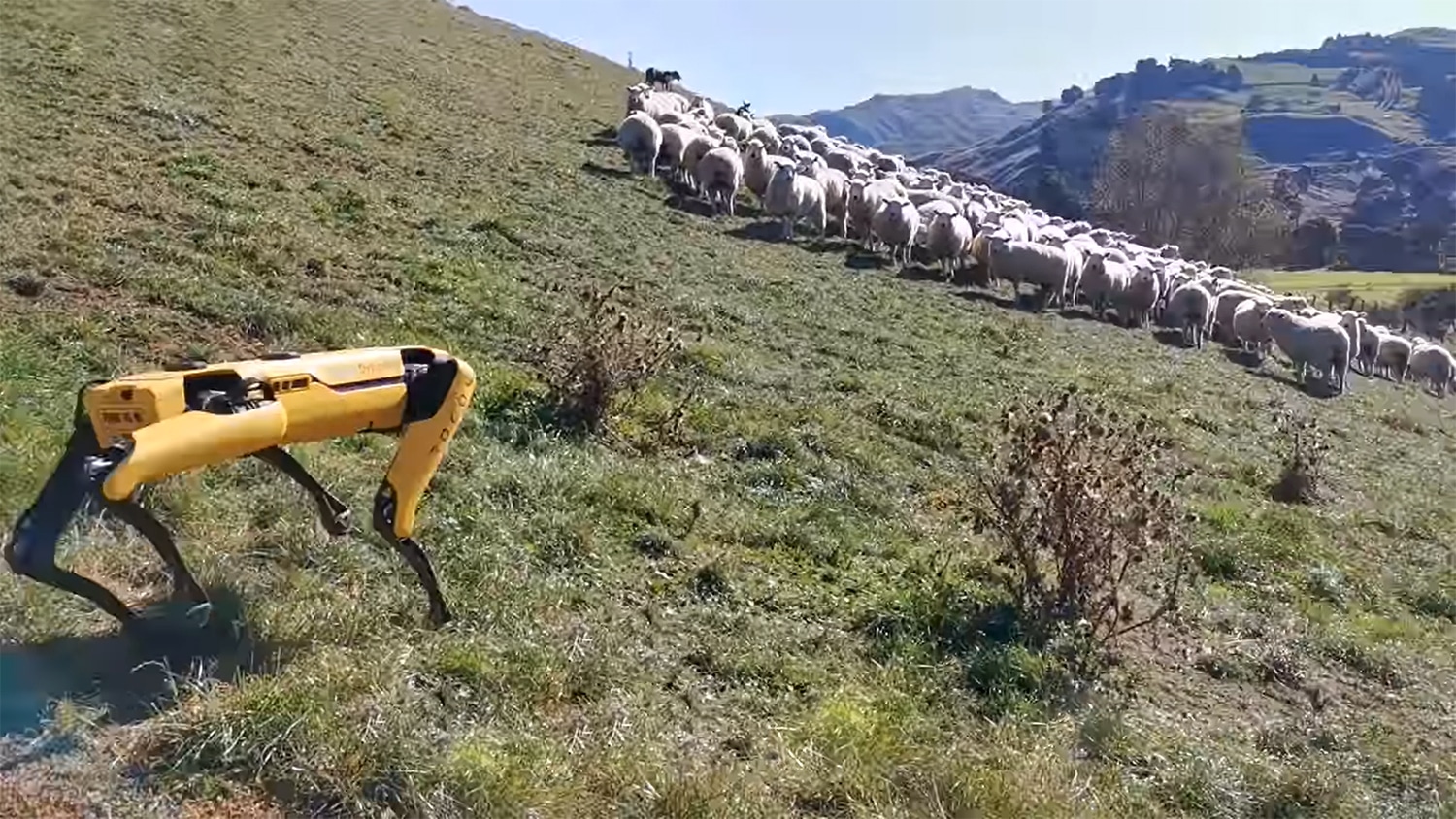 Boston Dynamics has long been a pioneer in the field of autonomous robotics technology. Now, their four-legged dog-like robot, called Spot, is being used to herd sheep in the lush green fields of New Zealand. Rocos, a New Zealand based robotics company, recently shared a video where the robot can be seen managing a herd of sheep without any human intervention.

The video was released as a demo of what autonomous robots like Spot are capable of in New Zealand’s agriculture industry. The video shows a Spot robot nimbly maneuvering its way around orchards and fields equipped with an array of sensors and sending data back to a central system. Rocos and Boston Dynamics announced a partnership today in which Rocos will develop a system to manage fleets of robots from Boston Dynamics and allow them to work independently by communicating with each other.

“Picture a group of robots all independently working while feeding streams of data back to any system that is based anywhere in the world,” said the company in the video.

The functionality of these robots isn’t just limited to herding sheep. They can also be used to harvest crops, inspect yields and create real-time maps of the terrain. This is possible due to the advanced infrared and LiDAR sensors Spot uses to read its surroundings, as well as the advanced autonomous technology Boston Dynamics has designed for the extremely versatile robot. In fact, Boston Dynamics has successfully trained Spot to perform a number of complicated tasks, ranging from navigating dangerous spaces, such as inside burning buildings to acting as a horse and pulling a carriage.

The post An autonomous robot is being used to herd sheep in New Zealand appeared first on TechJuice.